Mitie has announced that it has signed the Clean Van Commitment which builds on its promise to ensure 20 per cent of its small van and car fleet is electric within the next two years. The UK’s leading outsourcer launched its electric fleet strategy last month, when it announced it had ordered 400 electric vehicles (EVs) to support the fight against climate change and air pollution. The company, which runs over 3,500 compact vans and cars, will run over 700 EVs by the end of 2020.

The Clean Van Commitment is a coalition of 16 major UK fleet operators, including Tesco, Network Rail and United Utilities, which has promised to deploy 2,400 electric vans by 2020 and to replace 18,000 diesel vans with electric ones by 2028. Its members want to signal to auto manufacturers that demand exists for the development of electric vans to replace diesel ones.

Mitie has also been recognised as a Go Ultra Low company, which is jointly run by Government and vehicle manufacturers, and has 160 signatories. Mitie joins other companies that have committed to increase the number of electric vehicles in their fleets. The organisation highlights the benefits and capabilities of electric vehicles via a communications campaign.

The UK’s 4 million vans are a significant contributor to UK air pollution, which is an urgent public health issue on a similar scale to heart disease, smoking and obesity. Mitie is starting by replacing its small diesel vans with 100 Nissan E-NV 200 vans, but there are currently no workable solutions to replace larger vehicles.

“Hardly a day passes without more evidence of the profound damage air pollution is having on the nation’s physical and mental health, especially that of the most vulnerable. The Clean Van Commitment is paving the way for the UK’s 4 million vans to become zero emission and significantly improve the air we all breathe.”

“We want to encourage every business in the UK to follow the example set by Mitie to offer employees the chance to drive or own an electric vehicle. Not only does it demonstrate a commitment to a cleaner automotive future, but there are multiple short and long-term financial benefits for companies and their employees to enjoy.”

“Recent climate change reports have warned that there are just 12 years left to limit climate change catastrophe so we all need to act now. Whilst we are pioneering the introduction of electric small vans and cars in our sector, we also need a viable option for larger vehicles too. We’re keen to drive a wider effort to make all vans on UK roads zero emission.”

Mitie has pledged that 20 per cent of its small van and car fleet will be electric by the end of 2020. The first order of 400 electric vehicles was placed in December 2018 and it is expected that these will be on the road by summer 2019.

The company will install more than 800 charging points at its offices across the UK and at suitable home addresses of its drivers in a major infrastructure commitment. It is also in discussions with suppliers to negotiate a deal for renewable energy, which it plans to make available to its electric vehicle drivers, as well as using at Mitie offices.

The company has written to its fleet drivers confirming that in future, they will be expected to take an electric company van, wherever possible.

Mitie employs 54,000 people across the country, looking after a large, diverse, blue-chip customer base, from banks and retailers, to hospitals, schools and government offices. It takes care of its customers’ people and buildings, by delivering the basics brilliantly and by deploying advanced technology. It is pioneering the Connected Workspace, using smart analytics to provide valuable insight and deliver efficiencies to create outstanding work environments for customers. 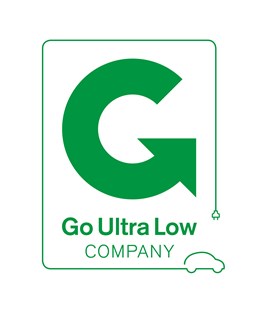